skip to main | skip to sidebar

We are in Portugal 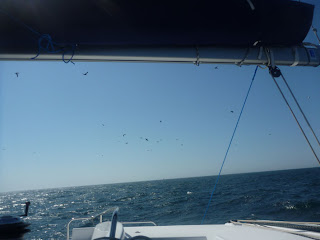 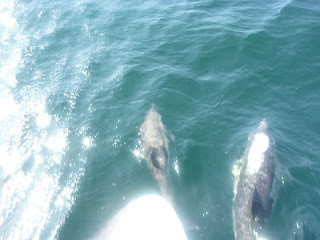 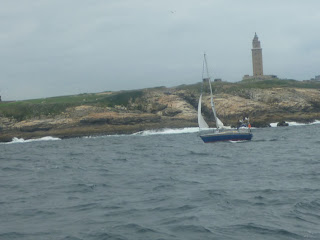 We spent all day in La Coruna and did not leave until noon August 8 - again due to heavy winds – but finally the winds were with us – for the first time! So we sat the sails outside the harbour and succeeded to beat our earlier sailing speed record – 13.4 knots! Not bad at all…… And we did not take down the sails until we were outside the harbour of Morus at 23.00. The harbour was loaded with boats so we had to spend one hour to find a place for Gladan and we did struggle for one hour to finally get her moored outside a fisher boat.

Early in the morning of August 9 we left for Portugal and we had once again a perfect sailing and arrived in Porto in the middle of the night – again.

We left Porto at six o´clock in the morning of August 10 to sail towards Lissabon with one stop in between. We are for the moment rather tired of entering harbours in the middle of the nights when you see nothing at all. But sometimes we have to …..

Now we are in Nazaré for the night. The sun is here with us in Portugal but we still do not have the Mediterranean temperatures – but we are getting closer ….
Upplagd av Maj Spånberg kl. 02:58